“Can anyone see me?” – NONBINARY PARENTS IN TODAY’S SOCIETY 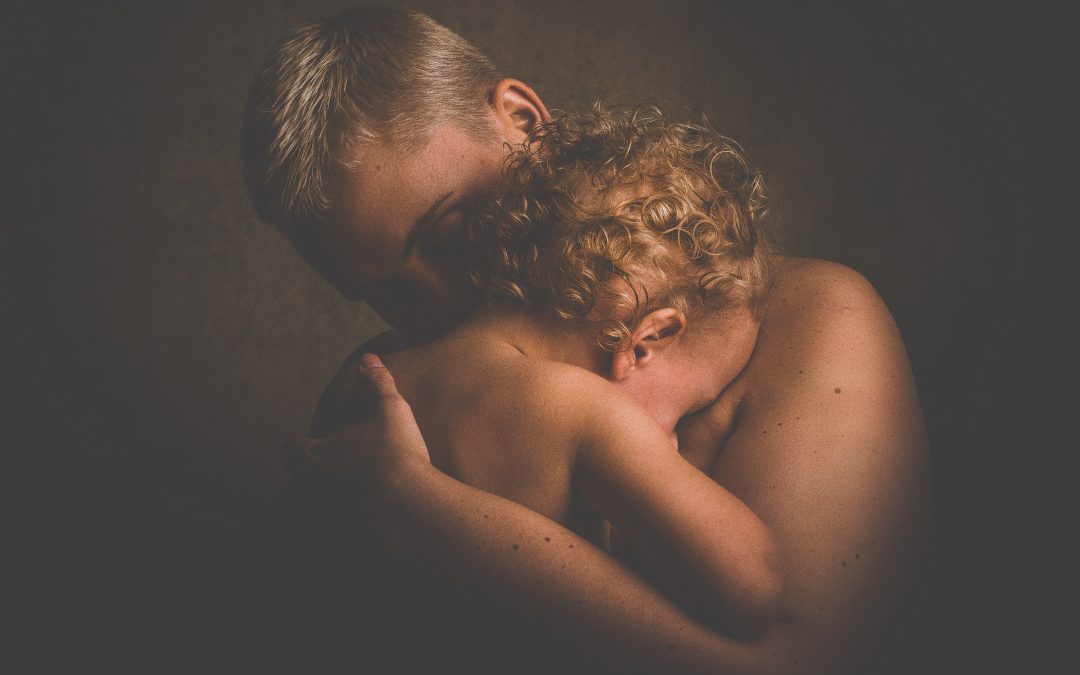 When I had my first son, I was in the military.  I didn’t yet identify as non-binary, but at 21, I knew I wasn’t like other women.  I served in the Army as a police officer, and most of my friends were men.  In some ways, it was easier, being viewed as a woman in the military… But that relative ease was gone once I transitioned back to civilian life.

Upon returning to my home town, I had to build a new friend circle, as a young, single parent.  I attended a few “Mom’s Groups” but definitely didn’t feel like I fit in. People had a wildly different expectation of me as a person, simply because I was now a parent–or, in their eyes, a young mother.

Over ten years later, I work exclusively with parents and their partners–and that’s always how I try to frame it.  I don’t just treat ‘moms’ with postpartum depression.  I don’t just treat ‘dads’, either.  I treat parents of any gender identity and their partners, because perinatal mood and anxiety disorders don’t discriminate based on whether you are the party who gave birth or not, or whatever your gender identity is.  Adoptive parents face unique mental health challenges at times, too. Any parent can be affected by a mood or anxiety disorder during the parenthood journey.

Any parent can be affected by a mood or anxiety disorder during the parenthood journey.

Language matters–especially inclusive language.  If you run a group for moms, and wonder why there aren’t more LGBTQ+ folks that join you, you have no one to look to but yourself.  By buying into the gendered branding of parenthood, you have effectively excluded anyone who doesn’t feel aligned with the label of mother.  I know that this generally isn’t the intention, but unintended effects are still the outcome, and it shouldn’t be surprising.

There are a bunch of different terms that nonbinary parents can choose to use, when interacting with their children and other people.  Andrea Bennett, who writes for Xtra Magazine, lists Baba as a popular option for NB (nonbinary) folks. (They also have some other great articles about NB parents, which you can find here.)  The truth is that you can’t assume anyone’s parent title, just like you can’t assume pronouns or gender identity.  The only way to support nonbinary parents is to intentionally include them and honor their individuality–with the language you use, asking for their pronouns and titles, and not making assumptions about how their family works.

The only way to support nonbinary parents is to intentionally include them and honor their individuality–with the language you use, asking for their pronouns and titles, and not making assumptions about how their family works.

That means you, as a cisgendered person, need to do the hard work of practicing offering your pronouns to everyone you meet when you introduce yourself.  It also means thinking about how you name your gatherings with other parents–how about a Parent Potluck instead of a Mom’s Meetup?

Personally, I’m at a point in my life that I just don’t want to do the emotional labor of having to educate someone on the basics of my identity, because it’s exhausting.  It’s a lot harder for folks who are earlier in their transition, or have less privilege.  If you have a nonbinary or transgender friend in your life, you can take some of that burden off of them by reinforcing their pronouns or parent titles when they come up in conversation among others, or before a gathering where they will be.  Also, you can make the effort to change the language you use around parents and birth–Lamaze has a great article on that here.

Honestly, the title of ‘mom’ doesn’t bother me–but I’m one nonbinary person out of so many more.  I know that for some, it feels like being sucker punched in the gut, being called by such a gendered word. If you want to avoid causing harm, please choose your words carefully, and brief, sincere apologies go a long way for when you stumble.

More information about R. Featherstone and their practice at https://eucalyptushealthcare.com/